What Light There Is Tells Us Nothing

by Janek Schaefer [for Robert Wyatt] 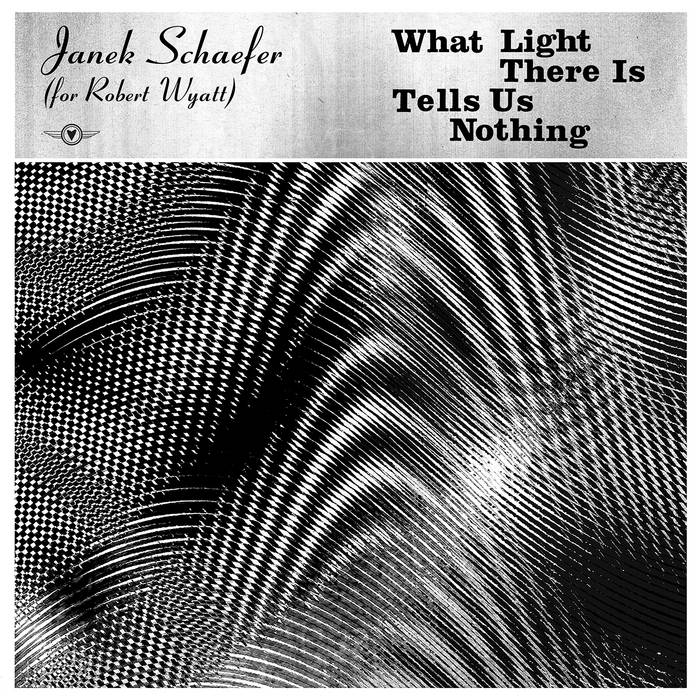 Revolt of the Apes

For over 20 years, British sound artist, Janek Schaefer, has earned significant international acclaim & awards for transforming the power of half-forgotten memories into otherworldly works, that are often as ambiguous as they are evocative. Previous collaborators include Charlemagne Palestine, Philip Jeck, Stephan Mathieu, and a work-in- progress with William Basinski. Schaefer’s compositions primarily occupy and inhabit the spaces between sadness and joy, and relish in the unpredictability of emotional gravity. It is this transience that makes his new album, What Light There Is Tells Us Nothing, so resonant.

In 2014, with Robert Wyatt’s blessing, Janek Schaefer was commissioned by the Sounds New Festival in Canterbury, England to compose a new, original piece of music created entirely from elements of
Wyatt’s Cuckooland album. The composition was crafted using Schaefer’s custom two tone-arm ‘Twin’ turntable with effects pedals and digital collage. Originally presented at the festival as an immersive, multi-channel radio installation, his cloud of sound is a sublime meditation on the profundity of Wyatt’s work, and its transporting idiosyncrasies. Schaefer presents that piece as the title track of this new full-length opus, which is complemented with seven original compositions that not only exist in the same wondrous space, but echo its playfully poignant resonance, well after the album has ended . . .

Sound Artist, Entertainer & Professor, Janek Schaefer trained as an Architect at the Royal College of Art, where he developed his focus on the relationship between sound, space and place. He has exhibited and performed in over 30 countries worldwide, from The Tate Modern to The Sydney Opera House. The Bluecoat gallery exhibited a Retrospective of his career in 2009, and he has released 34 albums. ... more

Bandcamp Daily  your guide to the world of Bandcamp